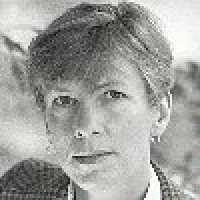 Kai Maristed was born in Chicago, studied economics and political science in Munich and at MIT, and has worked as a broadcast journalist and playwright in Germany, as an international business consultant, and on the faculties of universities in Europe and the United States. She is the author of three novels: Broken Ground (2003) , Fall (1996) and Out After Dark (1993) and a collection of stories, Belong to Me (1997).

Her shorter work has appeared in The American Scholar, Ascent, The Kenyon Review, StoryQuarterly, Zoetrope, The American Voice, The Boston Globe, and the Anchor Essays Annual: Best of 1997. She is a frequent book reviewer for The Los Angeles Times. She has volunteered and served for three years as CFO with a rural hospital in Haiti, has taught at Harvard, Emerson College and is currently with the Warren Wilson MFA Program. She lives in Paris, France and on a farm on Cape Cod, when not elsewhere.