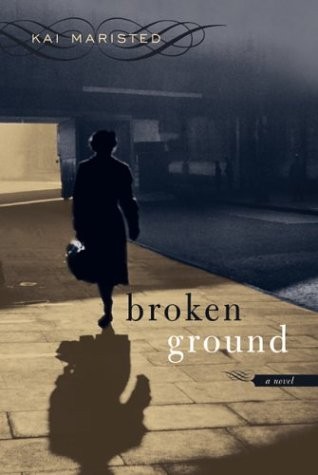 "I have read [Broken Ground] with the greatest admiration. It seems to me extraordinary... a significant contribution to the literature of contemporary Germany." --John Coetzee

"In Broken Ground the terrifically talented Kai Maristed weaves together the personal and the political, the romantic an the maternal, the American and the German, with such consummate skill that all her fortunate readers can do is turn her beautiful pages, and bet for more. An elegant, intricate and deeply satisfying novel." --Margot Livesey

“Reading Kai Maristed’s book, I kept telling myself, ‘No, no she can’t pull that off,’ and yet she does it—magnificently, supremely. Broken Ground is a strong, intelligent novel, with many surprising turns in store.” —Peter Demetz

Kaethe Schalk was born out of a love affair between an American soldier turned communist sympathizer and a German refugee. Raised by her grandparents, she eventually reunited with her father, a rising bureaucrat in East Germany, and she, too, joined the cause. Upon her later defection to West Berlin, she married into an old but impoverished aristocratic family. As she observed the turmoil of postwar German partition, the protests of the 1960s, the building of the Berlin wall and its eventual destruction, and German unification, she also attempted to raise a family. Now, living an isolated life on the New England farm of her girlhood, she returns to Berlin to seek her daughter, who has gone missing. While she roams, astonished, through the dark underbelly of a newly whole and prosperous Berlin, she is also haunted by her own history. The prose is stupendous as Maristed's entangled layers of plot allow a look at modern Berlin through the eyes of its turbulent past.

Kaethe Shalk has married into a family of disappearing German aristocracy. Having spent years in East Berlin, devoted, after her fashion, to an American father himself devoted to the grand socialist ideal, she faces a new life of boundless complexity. When the Berlin Wall comes down, the ruin of the East stands bare, in stark contrast to the exuberance of the West. Kaethe's journey from America to the broken ground of contemporary Germany becomes an act of recovery: of lives intertwined by politics and passion, of memory and the invented self—and of Kaethe's search for a daughter lost to her, now grown and living in uncompromising isolation from her mother's past and present somewhere in vast, resurgent Berlin. The art of this novel shines in every line of its prose. Kai Maristed's Broken Ground tells a layered story of life's discord and counterpoint, set against a background of ruin and renewal. This is a novel of mesmerizing power, of family, betrayal, and Berlin past and present.